West Low German: Characteristic of the Westphalian is generally the extensive preservation of Middle Low German vocal stand. In particular, i.a. the two long a-sounds, a velares [ ɔ ː ] and a palatal [ ɑ ː ], instead of a single long a-sound typical in the other Low German dialects, furthermore the “Westphalian refraction” of the old Saxon short vowels in open syllable (e.g. B. [ku ɔ lə] »coal«). Another characteristic of consonantism is the preservation of the pronunciation [sk] or [sx] for “sh” (eg “wasken” instead of “waschen”).

The East Westphalian also largely retains the Middle Low German vowel class, albeit less consistently than the Westphalian. For example, in Ostfälischen. For example, the Old Saxon opposition of o and u was abolished (e.g. [go: t] »Gosse«, [no: t] »Nuss«). Furthermore, Ostfälische also stands out morphologically from the other Low German dialects; z. B. It has unit forms for the personal pronoun in different spatial distribution, which are formed according to the type of accusative (“mik”, “dik”, “ünsch”, “jük”, for “mir, mich”, “dir, dich”) , “U.S. you”).

The North Low German is subject to a heterogeneous language association Slavic in part, Frisian and Danish influence. In addition to relict-like word and sound elements, there are also recent phenomena in terms of linguistic history such as a recent form of weakening of the consonants (e.g. “bi: dn” for “bite”, otherwise “bi: tn”). Morphologically, among other things, the loss of the unstressed -e in the wording and the weakening of the final -m zu -n, whereby the dative and accusative forms coincide.

East Low German: The Mecklenburgisch-Western Pomerania lies on the former Slavic area. Its relationship with the Westphalian gives clues to the region of origin of the medieval settlers. Among the North German dialects, Mecklenburg-Western Pomerania is independent with regard to the realization of the Middle Low German long vowels ê and ô, e.g. B. through the phonological distinction between e: and ai (Middle Low German ê) in [kle: t] »dress«, [ ʃ ta ɪ n] »stone«. The monophthonging of Middle Low German ei to e (e.g. “det” for “tut”) or the diminutive ending -ing (e.g. “mudding” for “little mother”) is also characteristic.

The Central Pomeranian has (compared to the Mecklenburg-Western Pomerania) preserved the old long vowels of the middle tongue position before r (e.g. [o ː r] for »ear«); the diminutive suffix is ​​-ke. West Germanic long e and long o (unlike mostly in Mecklenburg and Pomeranian) were not diphthongized (e.g. “lef” for “dear”). In structural terms, Central Pomerania is also close to Brandenburg. Both dialects are influenced by the settlement of Lower Franconian speaker groups. B. the use of an oblique unit case in the manner of the accusative testifies (“up dat felt” for “on the field”).

The Brandenburg (Märkisch) is like the Central Pomeranian, but to a greater extent, characterized by medieval settler groups from Flemings and the Netherlands (Lower Franconian influence). The inconsistent dialect association falls v. a. through the realization of the neutral article and demonstrative pronoun (“det”). It is possible to distinguish a north-west half of the language area from a south-east half; z. B. Shrinkage of the participle prefix in the north versus receipt in the south (»stohln« versus »jestoeln, estoeln« for »stolen«), shrinkage of final e in the north versus receipt in the south (»kärk« versus »kärke« for »church«). Basically there is a stronger High German influence in the south.

The Ostpommersche (Hinterpommersch) is the largest dialect association of German, which sometimes shows significant regional differences internally. The East Pomeranian can be subdivided, inter alia. based on the Middle Low German long vowels e, ö and o. While these monophthongs have been preserved in the north, diphthongs are characteristic of the south (e.g. “blaider” for “leaves”, “graupo” for “pot”). In addition, there is evidence of Slavic influence in the entire area, e. B. in the vocalization of the final -n (“baie” for “leg”).

The Lower Prussian represents the easternmost branch of the German settlement dialects. Due to different stages of settlement, it is based on Low German as well as High German (including Bavarian) and Lithuanian influence. The resulting very heterogeneous dialect association is characterized by v. a. by lowering Middle Low German i and u to e and o (“bede” for “ask”, “loft” for “air”), which does not occur in certain phonetic contexts (e.g. before nd). Morphologically, the use of a single case in the plural is characteristic (“de äpl” for “die, der, den Äpfel [n]”). 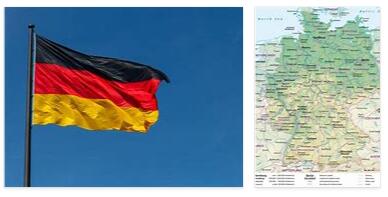