The Istrian peninsula in the northwestern part of Croatia is located right next to the Italian border and the area has been much influenced by Italy. A small part of the peninsula belongs to Slovenia, and if the schedule allows, it is also worth popping on the other side of the border in the town of Piran. On the Croatian side, the most famous resorts are Pula, Poreč and Rovinj.

Among the coastal towns you can find, among other things, the ruins of ancient Rome, and especially in Pula you can experience an authentic Croatian way of life. 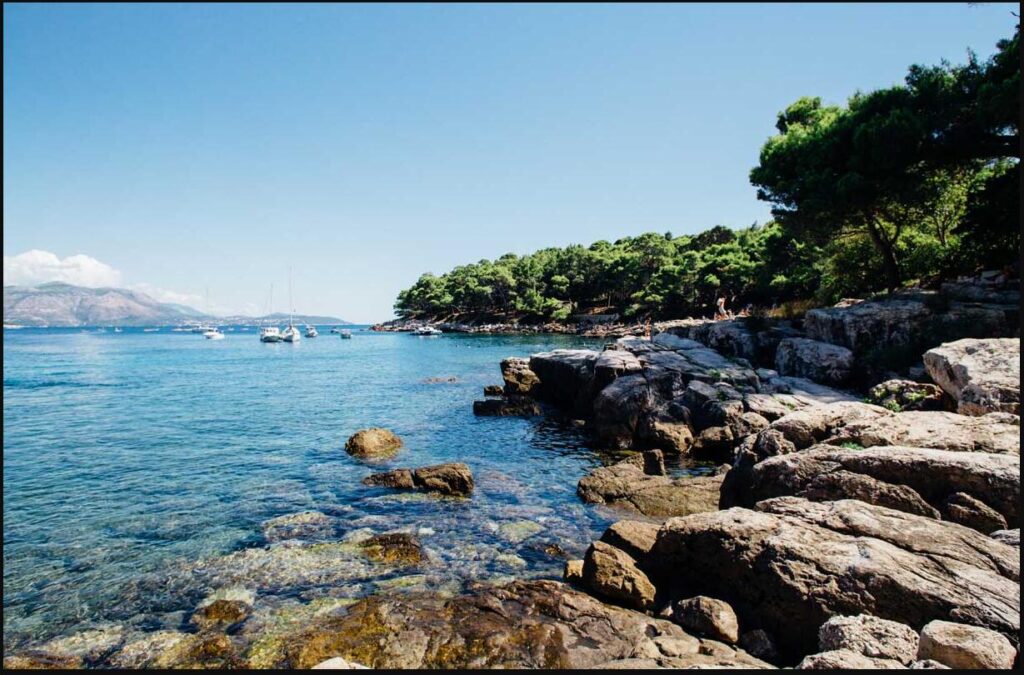 Dubrovnik and the Dalmatian archipelago

The most popular travel destination in Croatia is the historic city of Dubrovnik in the very south of the country. The walled old town of Dubrovnik is a must-see and the scenery from the walls is breathtakingly beautiful. A trip to Dubrovnik is also easy to combine with a visit to one of the stunning islands on the coast.

Mljet, with its famous national park, is only a couple of hours by ferry away and the ferry to Rijeka stops in Hvar. The islands of Korčula and Orebić are easily reached by bus.

The falling lakes of Plitvice

Inland, in the central part of Croatia, Plitvice National Park is famous especially for its 16 turquoise blue lakes, which are connected by waterfalls. There are several marked walking trails of different lengths in the park, from which you can choose the most suitable for your condition. The lakes are surrounded by a dense forest area, but it is not worth dreaming of your own peace, as the lakes are visited by busloads of tourists every day. However, the scenery is incredibly beautiful.

You can take a day trip to Plitvice or stay at a local hotel or one of the many private accommodation houses nearby. The easiest way to get to Plitvice is by car, but there are also several buses to the national park from Split, Zadar and Zagreb, among others.

The sun island of Hvar is suitable for families

The island of Hvar on the Croatian coast is ideal for those looking for a peaceful holiday destination. Known as the luxury island of Croatia, Hvar offers an idyllic setting not only for sun worship, but also for car holidays and family tourism. Hvar is rich in tourists, but although the shopping streets and restaurants are lively, the atmosphere of the island has remained pleasantly subdued.

Hvar can be reached by ferry from Split and Dubrovnik, for example. The capital of the island of Hvar of the same name, Hvar, is the most popular and busiest destination, but the nearby Stari Grad also offers a comfortable setting for a holiday. The smaller villages around the island are behind bumpy roads but idyllic in scenery.

The hotels in the Suncani Hvar chain on the island are a good tip for the value-for-money traveler.

Split – a lively Croatian city at its best

Situated on the Dalmatian coast, Split is famous above all for the Diolectian Palace, whose walled shelters feature atmospheric narrow streets, small shops, attractive restaurants and, of course, hundreds of years of history. Split also has a vibrant urban culture and the city hosts many different events.

The bars and cafés on the promenade are especially filled with city dwellers on summer evenings and the atmosphere is cheerfully immediate. Split is also a great base for traveling to other parts of Croatia or the archipelago.

The island of Losinj is a major port destination

Losinj, one of the largest islands in Croatia, is a well-known maritime center. The island is located in the northern part of the Croatian archipelago, southeast of the city of Pula.

The majority of the island’s eight thousand residents live in the largest city, Mali Losinj, with six thousand residents. The city’s port is significant, as the island of Losinj is one of the most important sailing and tourist destinations on the Adriatic. The island has plenty of beautiful coves, and you travel there because of the great beaches and stunning nature.

The port city of Biograd is also suitable for active holidaymakers

As the town of Biograd is located on the waterfront, there is plenty to do in the city for beach holidaymakers and active travelers. The town has plenty of stunning beaches and water sports. There are also several nature reserves in the vicinity of the town of Biograd, which can be conveniently viewed, for example, from the back of a bicycle.

The small harbor town is located about half an hour’s drive from Zadar south of the city.

Vodice is a small but popular beach town

Located between Zadar and Split, the small beach town of Vodice is ideal for a relaxing city break. The town is full of small restaurants, cafes, boutiques and bars, but also beaches. In addition, you can spend time on the cliffs and coves admiring the sea or even at the beach restaurant enjoying Croatian delicacies.

Sibenik is located between Split and Zadar, and although the city is not located directly on the sea, Sibenik has plenty of coastline. The city of about 50,000 residents is full of magnificent stone houses and narrow alleys that bring the small town atmosphere to the center.

St Jakoc’s Gothic Cathedral is a UNESCO World Heritage Site and is one of the city’s most famous places to visit. There are more than 200 islands off Sibenik that can be conveniently visited from Sibenik.

The island of Primosten, attached to the mainland

The town of Primosten is now attached to the mainland, but in the past it was its own island. The small town is like an old-fashioned fishing village, whose open and relaxed atmosphere guarantees the comfort of the holidaymaker. If you are looking for an authentic Croatian atmosphere and small good restaurants, Primosten is a great destination.

THE BEST OF CROATIA

Short for HRV by abbreviationfinder, Croatia is a maritime destination located in southern Europe according to countryaah. 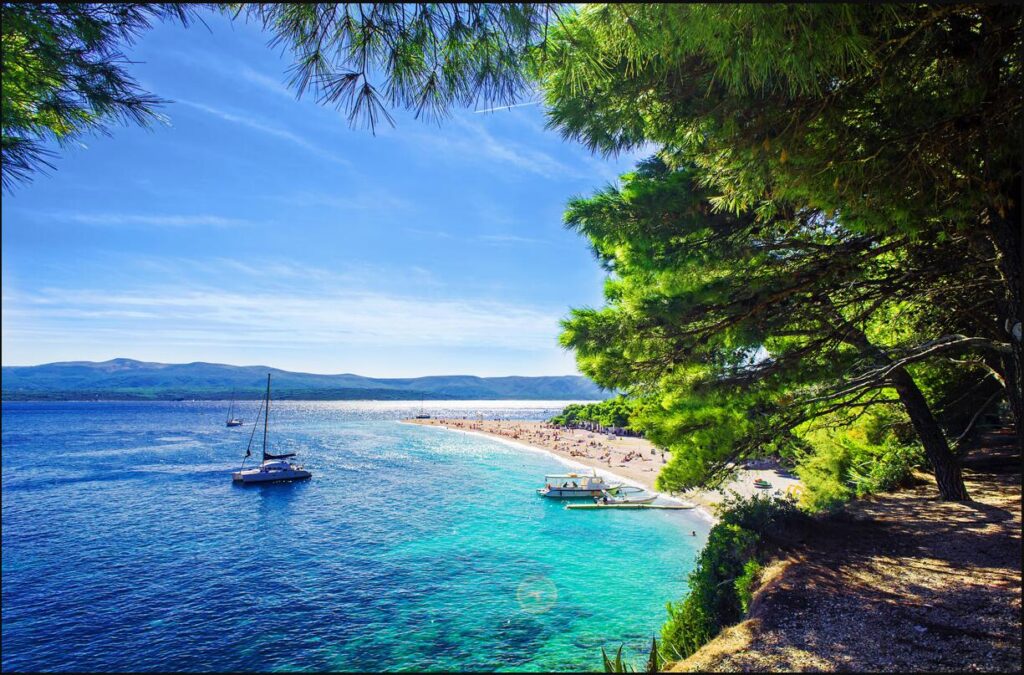 The best city destinations in Croatia

The most amazing Nature Attractions